The Youth Band’s trip to York and Preston

The Arbroath Instrumental Youth Band under their conductor Bob McDonald had an exciting and musically challenging trip to York and Preston last weekend. The youngsters in the band had the opportunity to play under the renowned conductor and maestro Richard Evans and took part in masterclasses with 3 members of the Leyland Band on Saturday Morning. The band then moved on to York and had a ghost tour and visit to the York Transport Museum on the Sunday before heading back to Scotland.

The senior band are now busy fund raising for a trip to Cheltenham to take part in the National Brass Band Championships in September to represent Scotland after winning their section at the Scottish qualifying competition in March,

“the trip will cost in the region of £5k to fund between the transport and the accommodation and we really need to get out there and do a lot of fundraising to allow us to compete. We are hoping to have a sponsored play as well as bag packing and band groups playing at various venues to raise funds. If anyone wishes to contribute or if any companies are interested in sponsorship or donating to this worthy cause then I would be happy hear from them”

The pictures below show the band rehearsing with Richard and the group heading off to Preston: 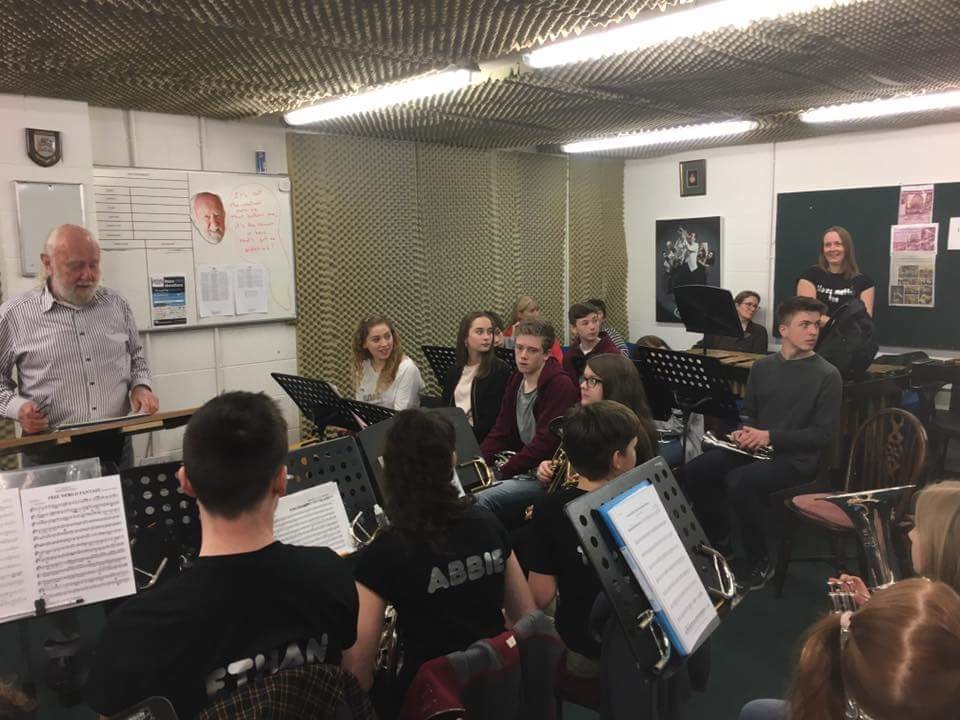 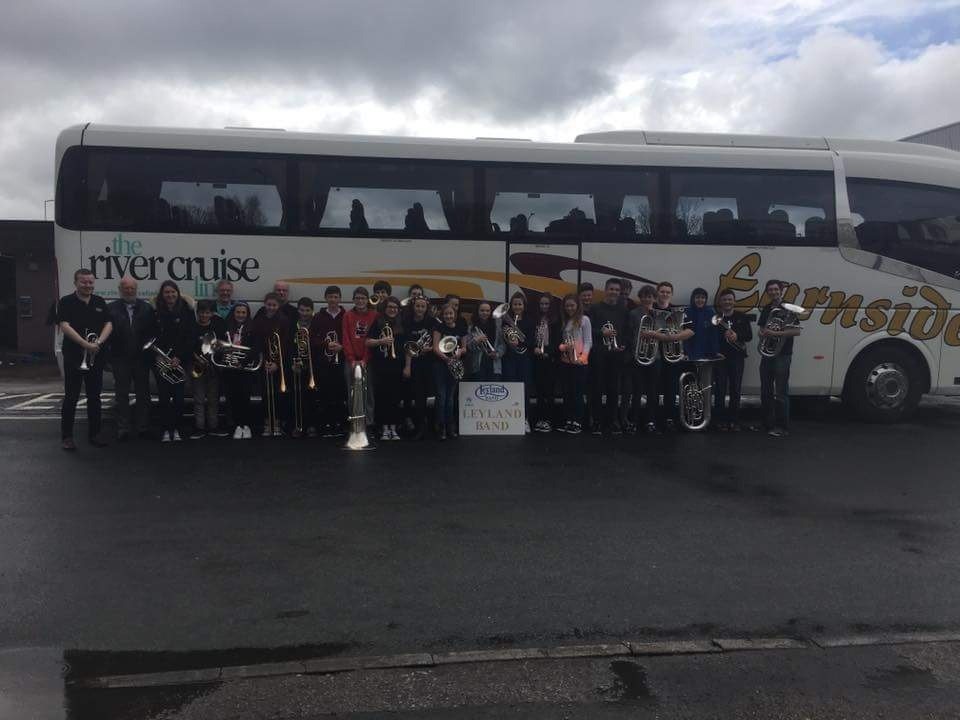